All prices include postage in the United States. If ordering from outside the U.S. please contact us for shipping costs.

For PayPal, use this email address:

Send check or money order to: 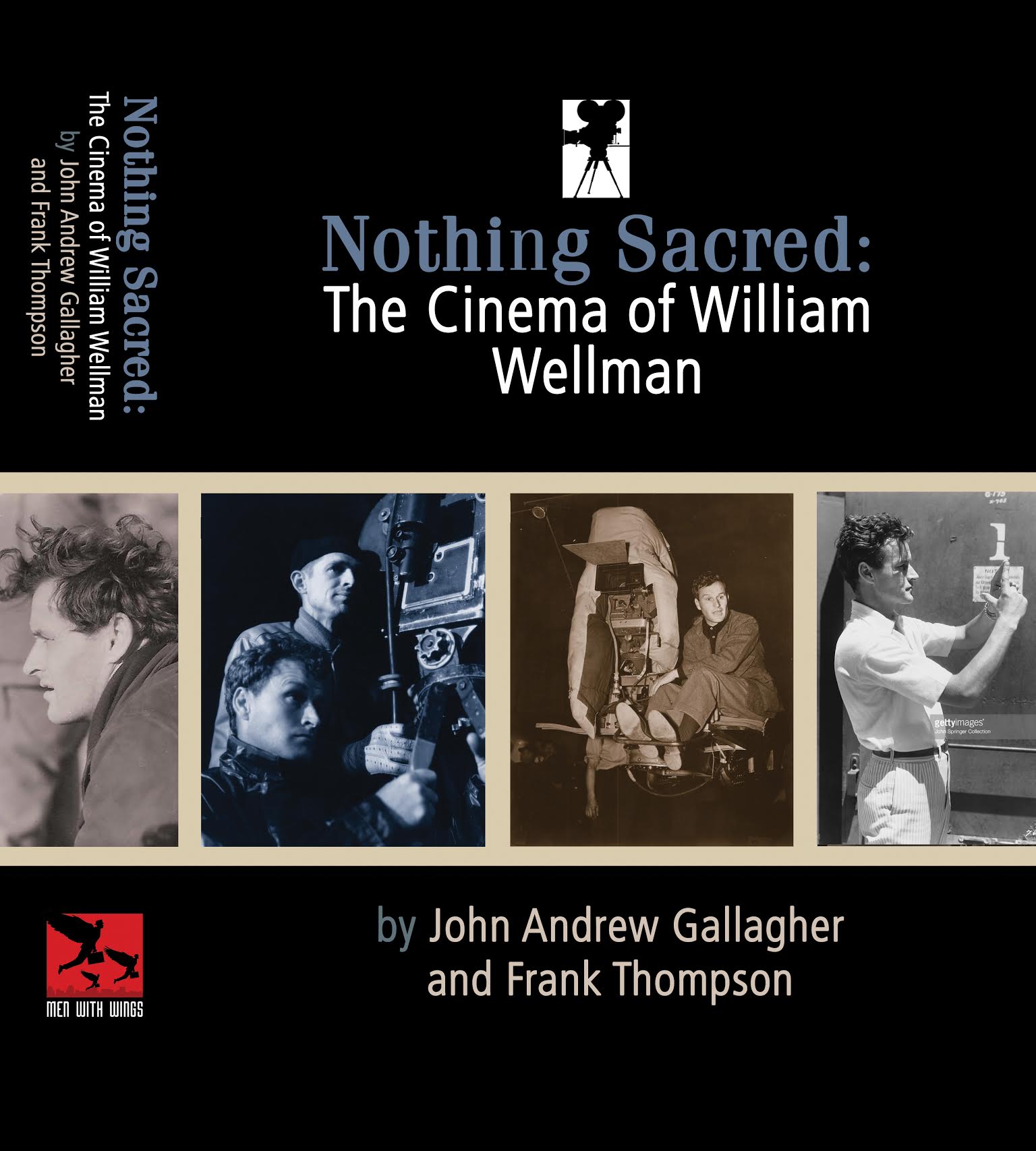 Nothing Sacred: the Cinema of William Wellman

An in-depth (to say the least) exploration of the life and films of William A. "Wild Bill" Wellman. It covers every single film he was involved with from his debut as an actor in 1919 to his final film released in 1958 and his appearances on television and in documentaries all the way up to his death in 1975.
A giant book -- 9" x 12" -- 7 pounds!
More than 1300 stills, posters, lobby cards, ads and scores of rare behind-the-scenes photos.
Printed in Full Color throughout.

"Fantastic! Its picture research and reproduction are breathtaking. I'm absolutely thrilled to have it." -- Kevin Brownlow

There has never been a book on an American director even remotely like this. Now's your chance. Only ONE copy of this limited edition still available.
First Edition 2018

Discover a nearly-lost era of filmmaking in Asheville, North Carolina, the scenic "Land of the Sky," from the first actuality in 1900 to the final Asheville silent in 1929. 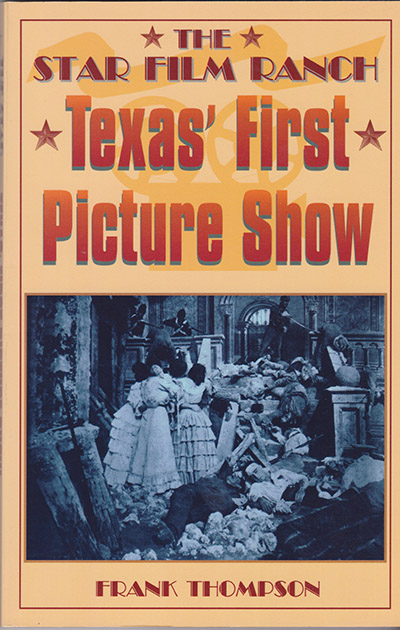 In the winter of 1910, Gaston Melies, brother of cinematic pioneer Georges Melies, sent a troupe of actors and filmmakers to San Antonio, Texas to make westerns, comedies, and stories of Old Mexico.

They established a moving picture studio -- the first ever in Texas -- near Hot Wells Hotel and called it the Star Film Ranch.

Among the more than 70 films they made there before leaving for California in April, 1911, was "The Immortal Alamo," the first film made about the iconic battle.

This is the first book on this historic studio. Researching and writing it remains one of the happiest, most rewarding times in my career. 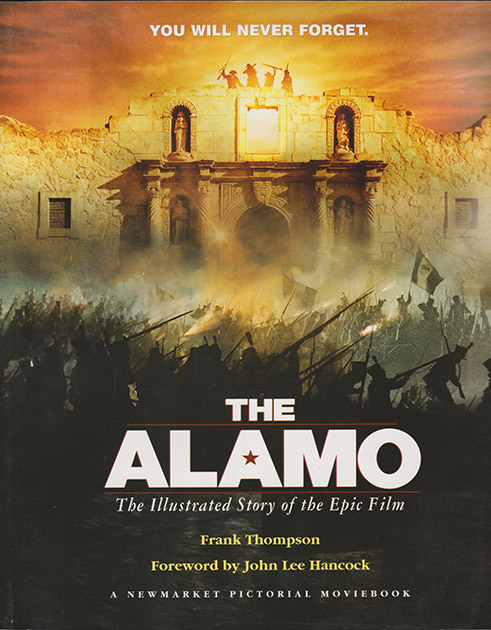 The Alamo: The illustrated Story of the Epic Film

A deep dive into the making of the great film "The Alamo" (2004) features 125 behind-the-scenes photographs and memories of the production from director John Lee Hancock (who also wrote the foreword), costume designer Daniel Orlandi, production designer Michael Corenblith, and others.

As a bonus, the entire screenplay is included.

And oh yes, there's a picture of the book's author on page 125 which, needless to say, is worth the price of the book all by itself 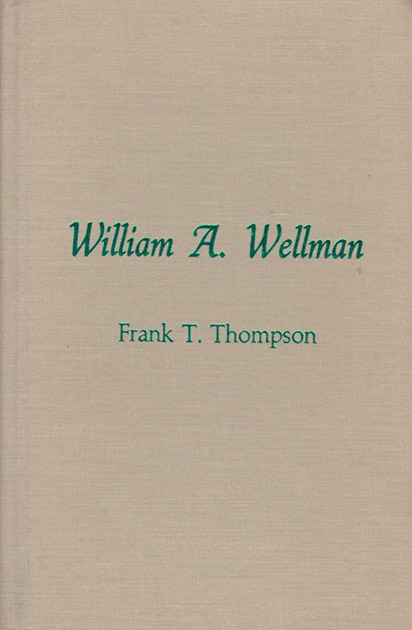 Not only my first published work but the first book-length examination by anyone of the tumultuous life and career of Wild Bill Wellman.

While not as lavish (or huge) as "Nothing Sacred: the Cinema of William Wellman" (see above), I remain proud of this now-rare volume.

"William A. Wellman" is hard to come by now -- in fact, I have only two spare copies in my own collection. So if you've ever wanted to add this one to your library, now's the time.

No dust jacket, as published 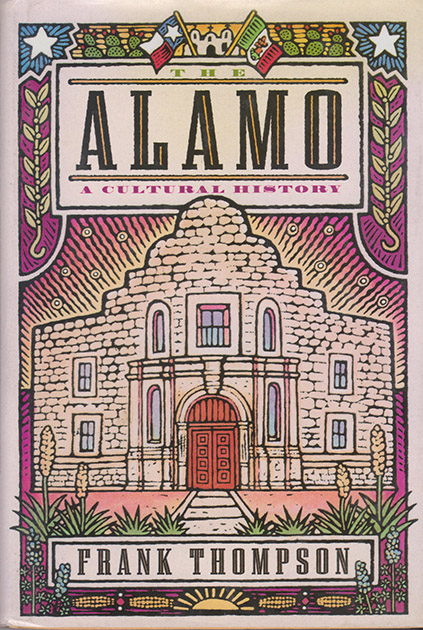 The Alamo: A Cultural History

Having already written a book on Alamo Movies (you can find it right here on this page), I devoted this book to all aspects of the Alamo as a cultural object with chapters on films, plays, poems, Alamo replicas, toys, games, music and much more.

The book is illustrated with more than 150 photographs, many of them in color. 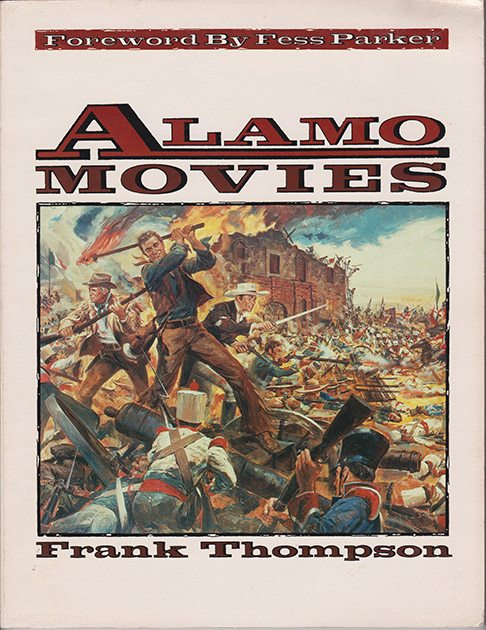 Loaded with more than 100 stills, this book features a foreword by Fess Parker, King of the Wild Frontier.